The effort is part of the PrepareSoCal initiative, a partnership between Edison International and the Red Cross. 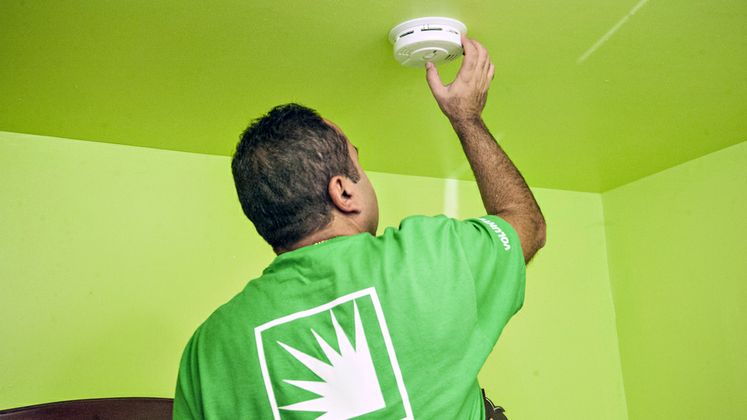 An Edison International volunteer installs a smoke alarm in an El Monte home. 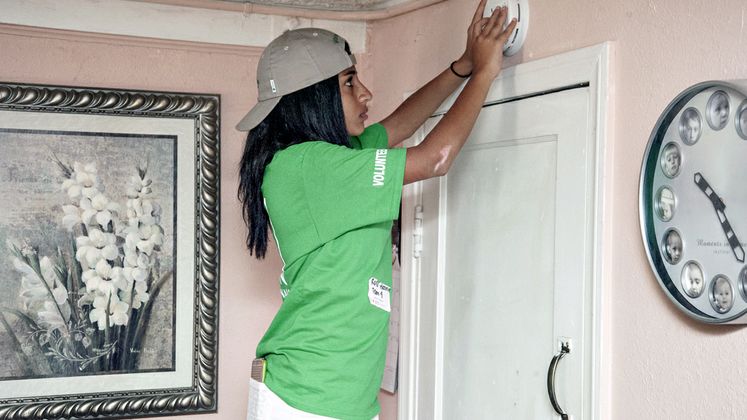 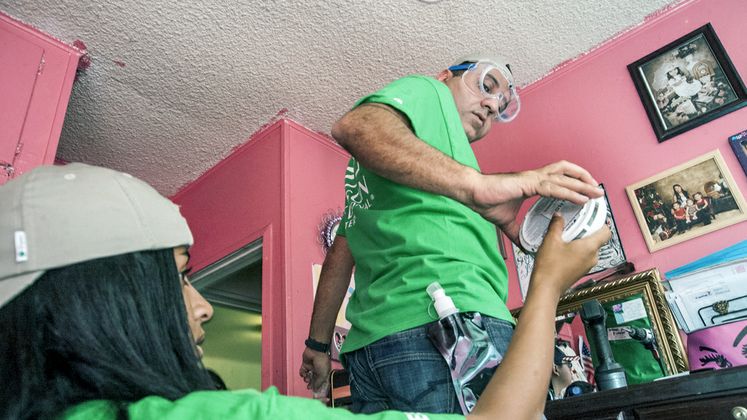 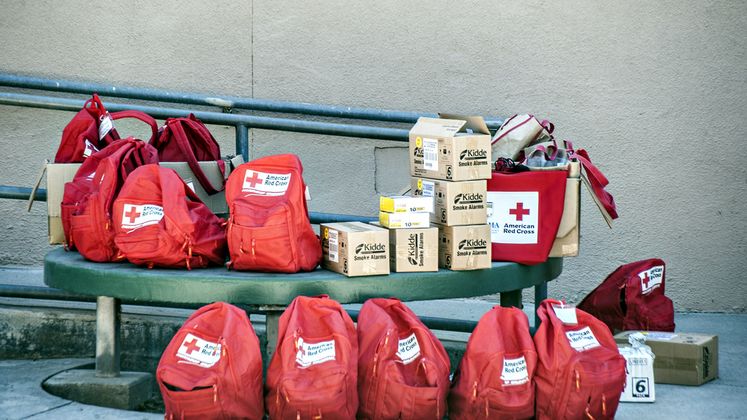 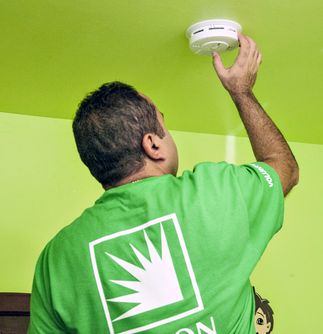 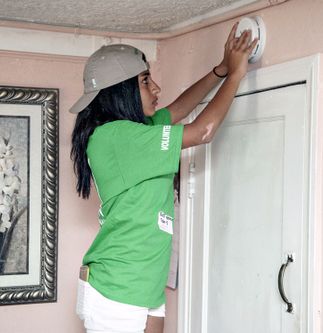 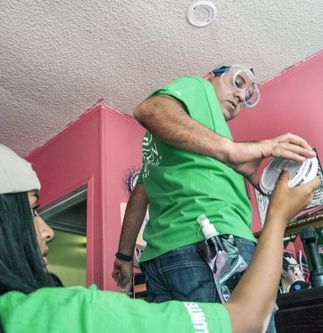 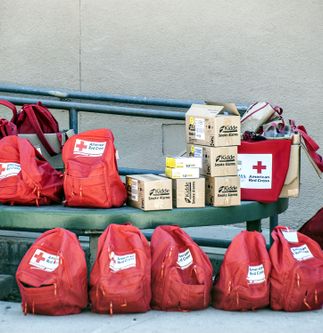 You’re at home, fast asleep at 2 a.m. Down the hall, a lit candle falls to the ground and ignites a fire. You’re woken by a blaring smoke alarm and jump out of bed.

You escape with your life.

Not everyone is as fortunate. In September, fire blazed through a Van Nuys home, critically injuring a father and son. The Los Angeles Fire Department determined the home didn’t have working smoke alarms.

“The average family has about two minutes to escape if your house is catching on fire,” said Ben Green of the American Red Cross. “About 45 percent of those who die in fires are in houses that don’t have detectors.”

The volunteer event was part of the American Red Cross PrepareSoCal initiative, created in 2012 to increase disaster awareness and preparedness. Edison International committed $1.5 million to help launch the program and another $1.5 million in July for a three-year extension focused on preparing vulnerable communities for hazards, including home fires and earthquakes.

Home fires account for a majority of the disasters that the Red Cross responds to. By installing smoke detectors and helping residents create emergency exit plans, they hope to reduce fire-related deaths and injuries by 25 percent over the next four years.

“We live in California and should be prepared every second,” said Fady Hanna, a Southern California Edison technical specialist who volunteered with his daughter. “I was really very surprised to see so many young people out supporting the event.”

Volunteers went door to door asking residents if they had working smoke detectors. They also worked with Mountainview Elementary School to identify students who didn’t have a working detector and needed one.