With the nuclear plant being decommissioned, some of the fire station’s equipment and vehicles are finding new homes. 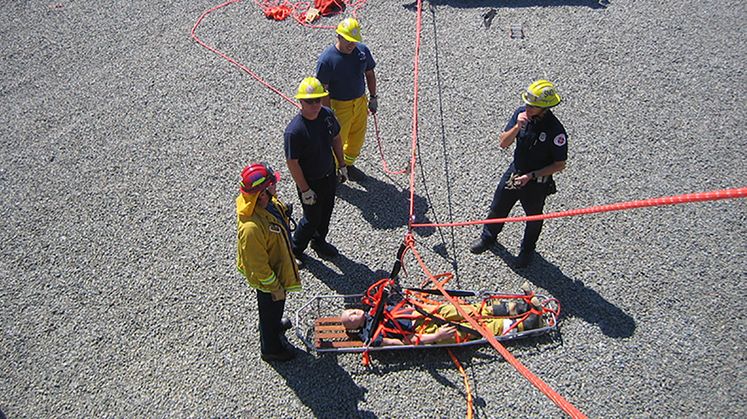 San Onofre Nuclear Generating Station firefighters lower a mannequin during a search and rescue training operation at the plant. 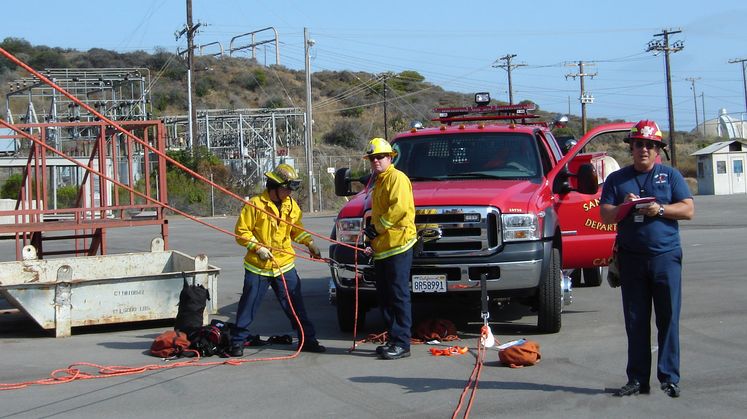 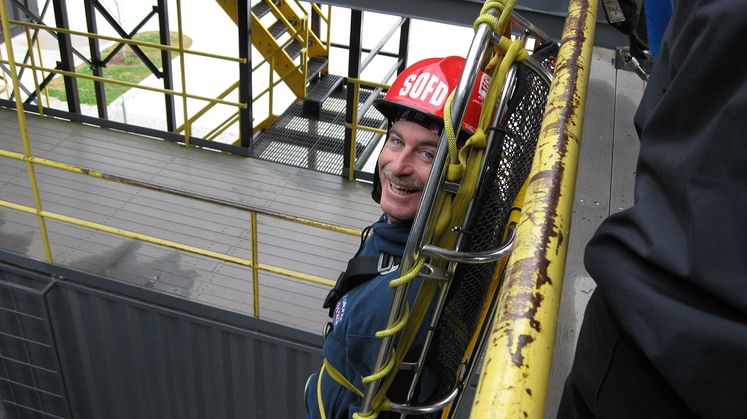 Bob Mackenzie, San Onofre Nuclear Generating Station fire captain, volunteered to be rescued during a training operation at the plant. 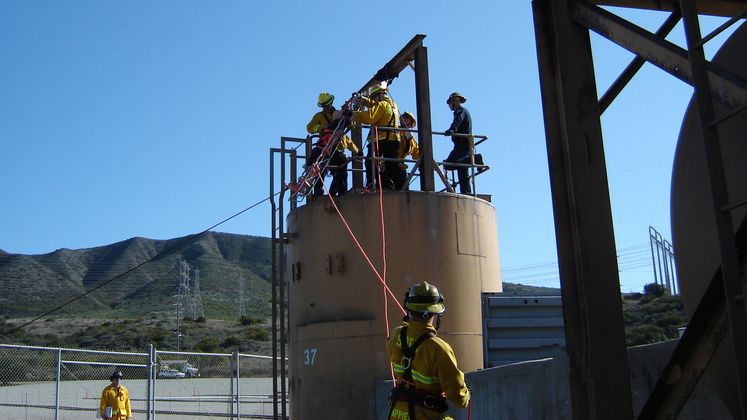 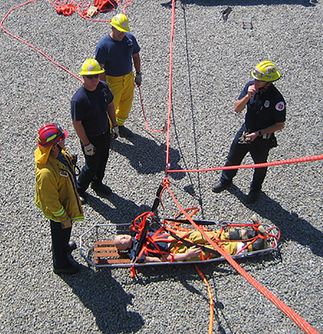 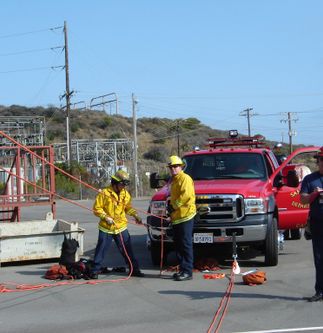 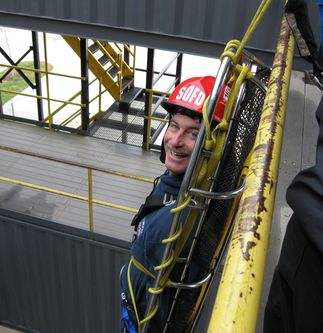 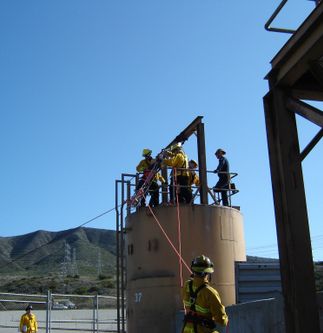 For more than 30 years, Bob Koop has worked as a firefighter at Southern California Edison’s (SCE) San Onofre Nuclear Generating Station (SONGS). Across the street is where it all began for him — fire station 7 on Marine Corps Base Camp Pendleton.

In 1983, Koop left the Marine firefighters to join the San Onofre nuclear plant’s station. Now, with the nuclear plant being decommissioned, some of the fire station equipment and vehicles are finding new homes at Camp Pendleton.

“It’s been a great ride, but saying goodbye to our brothers here at SONGS has been tough,” Koop said. “We take comfort in seeing the equipment we touched and trained with will continue making a difference in the community.”

The San Onofre nuclear plant’s fire crew was critical in maintaining safe operations at the plant, including overseeing maintenance work such as welding operations. The crew also provided emergency support for traffic accidents and medical aid in nearby areas, with each firefighter certified in rescue operations.

After the attacks on the World Trade Center in September 2001, a San Onofre firefighter was sent to New York to help with search and rescue. Another firefighter was deployed to New Orleans to assist with Hurricane Katrina in 2005. In each event, their special rescue training and equipment was in high demand.

“SONGS is one of about five nuclear plants out of 104 in the country with an onsite fire department,” said Koop. “We provided 24/7 protection to the generating station and to the surrounding community.

“The generating station is equipped with large equipment, such as cranes and deep vaults in the ground,” he added. “We regularly trained in repel rescue operations for scenarios where a victim is trapped in a difficult to reach place.”

As decommissioning takes place, the San Onofre fire staff has been reduced and some of the department’s fire equipment is being donated to new homes. San Onofre now has an agreement that makes the Camp Pendleton Fire Department the primary firefighting force for the nuclear plant.

“Camp Pendleton is located in a mountain area with cliffs and high angles,” said Baughman. “We donated our rescue equipment to station 7 because they’ll be able to put it to good use, especially as they begin to support the plant.”