Humble Heroes of the Road 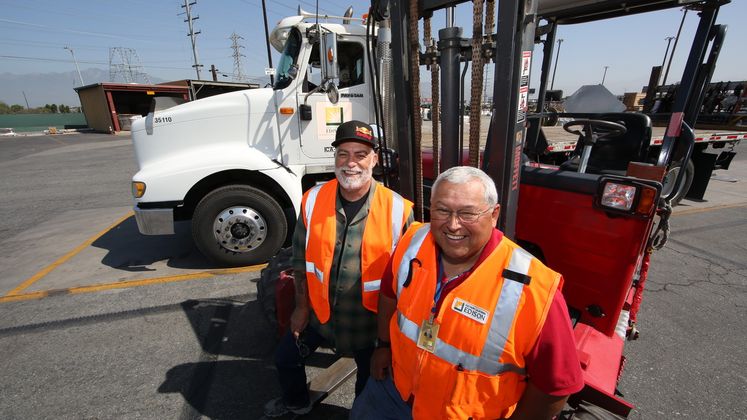 Retiree Dave Smith (left) and Gil Davila share laughs and memories as they talk about their careers as SCE heavy transportation drivers. 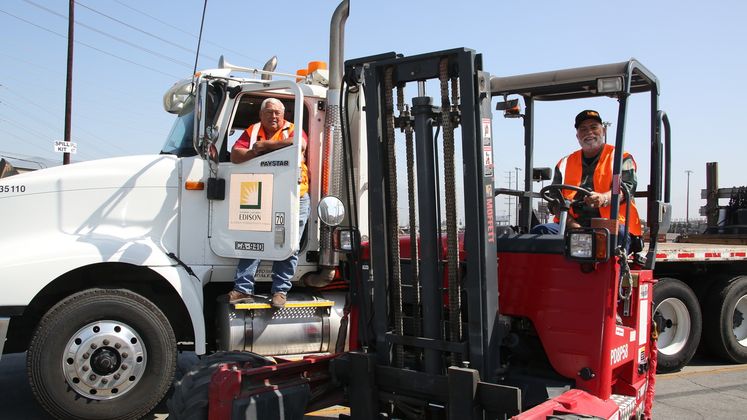 Retiree Dave Smith (right) and Gil Davila share laughs and memories as they talk about their careers as SCE heavy transportation drivers. 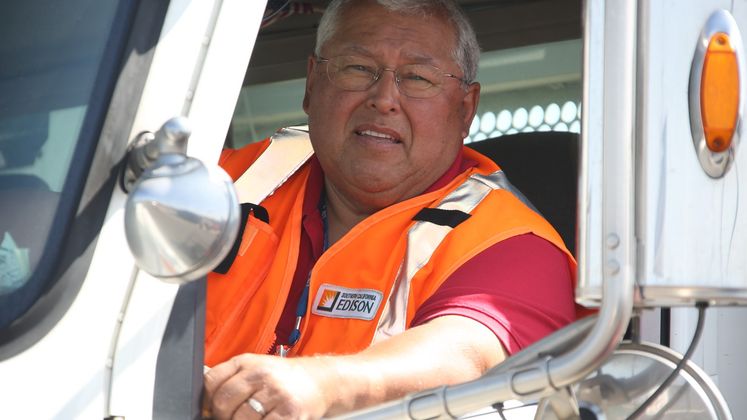 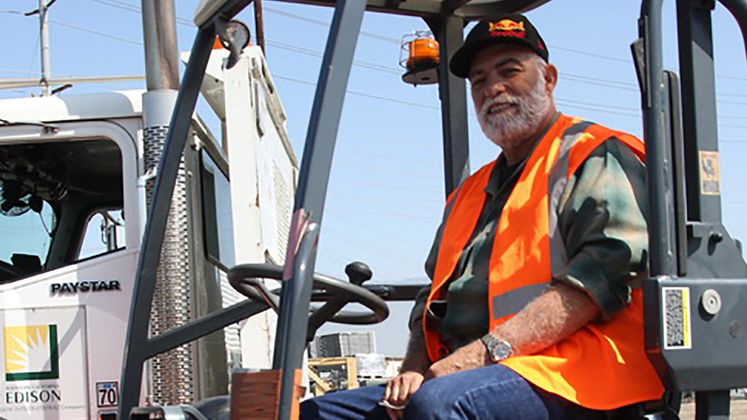 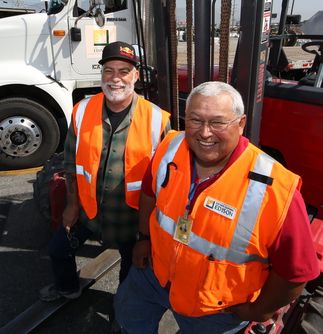 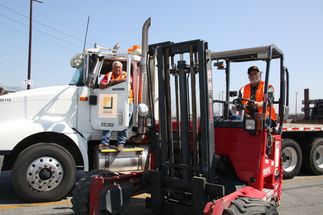 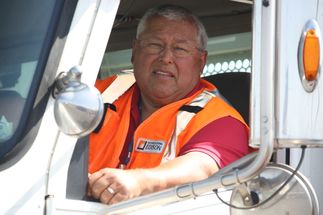 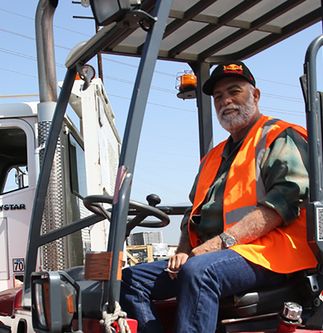 As a marine, Dave Smith, 57, was often described as a hero, like many of the military men and women who serve this country. But the label is something that stuck during his almost 30 year career at Southern California Edison (SCE).

A former lineman, Smith became a heavy transportation driver during the last 14-plus years at the utility, before his retirement in 2012. He logged hundreds of thousands of miles in a 28-foot, 3-axle commercial truck travelling vast stretches of highway on runs to places like Big Creek and Three Rivers in Sequoia. And it’s on those long travels that he often came to the aid of traffic accident victims, sometimes helping to save lives.

“There are a lot of heroes in this company,” said Smith. “When bad things happen, the best comes out of people. We have been fortunate to be in the right place, or the wrong place, at the time.”

On one run, Smith was driving up to SCE’s Kernville Distribution Center when a car travelling in front of him continued to go straight when the road turned right. The car flipped over in the air and came crashing down into a power pole.

Smith pulled safely over to the side, ran down to the car and saw that it was already up in smoke. The car was locked so he pried open one of the windows and pulled the elderly man out of the vehicle. Unfortunately, by the time he had freed the injured passenger, the man had already passed away.

“It’s pretty traumatic. Looking into someone’s eyes and they’ve died,” said Smith, who doesn’t like to talk about the incident. “I did what I had to do and let’s just go on.”

SCE awarded the former driver four Jack K. Horton Humanitarian Awards during his career (two gold and two bronze awards) at the company. The awards are given to employees who show exceptional courage and self-sacrifice in an emergency situation, both on and off the job.

It’s something that seems to be endemic throughout SCE’s Material Transport Department, which logged in a total of 682,622 miles driven in 2013. The group has received a number of Horton Awards over the years. Two of those awards have gone to SCE employee Gil Davila.

Davila credits Smith with teaching him much of what he does as a fellow heavy transportation driver. When Davila started his job almost 10 years ago, he got the 325-mile drive up to Big Creek as one of his first assignments. His first reaction was to complain.

What Smith also passed on was the inevitable role of hero on the various long trips throughout SCE’s 50,000-square-mile service territory.

One time Davila had been driving up to Big Creek along the back highways when a forklift used to carry bundles of hay came around a blind corner, hit the side of the mountain and flipped over. Davila pulled his truck to the side, saw no one was behind him and rushed over to the vehicle.

The passenger was pinned down inside and the engine was still running. Fearing a fire could start, Davila crawled inside the vehicle and tried to revive the injured man. Another passing driver stopped by to assist and together they were able to lift the steering wheel off his chest.

The man took a large breath of air and started coughing. They waited with the man, who had two broken legs and was bleeding, until the fire department arrived.

“That one was hard,” said Davila, who noted that the man sadly passed away while in the helicopter on the way to the hospital. “I never saw anything like that before.”

Davila was recognized with a bronze Horton Award for his heroics.

“I've always been impressed by the willingness of these folks to stop, take charge of the situation and act selflessly to assist someone in need,” said David Karaffa, principal manager of SCE’s Supply Logistics. “They do it naturally, without a second thought, and don't look for praise afterwards. They step up to assume responsibility for the safety and well-being of complete strangers, simply because that is what Edison people do.”

Both Smith and Davila have little to say when it comes to their actions that have saved lives. But they laugh and joke while talking about other topics down memory lane.

Like the yearly trips to Shaver Lake to pick up an SCE-donated Christmas tree to be displayed in downtown Santa Barbara. Or the time Smith had to drive to every single SCE facility to replace survival equipment for the staff

Both men talk at length about the long runs up to Big Creek — even during heavy snowstorms where other semi-trucks are forced to turn around — to haul equipment and provide basic necessities, like water and toilet paper. And then there are the storms and fires they are called in to help with.

“Our mission here is anywhere, anytime 24/7 we do it. We get the calls to get the lights back on,” said Davila. “It’s our lives. If we don’t get it right, we don’t get a second shot.”

And then there’s the beauty of the landscape and mountains that the heavy transportation drivers get to see each day as a part of their jobs. Big Creek, Mammoth and the Stevenson Falls are just some of the sights; each hill, each turn in the road have been memorized by these drivers. And then there are the trips to the Eastwood Power Plant which is located one-mile underground.

“I’ve seen through that windshield so many miles,” said Davila. “We see things that other employees who have worked here for many years have never seen.”

Now it’s Davila’s turn to train the young drivers who are part of this close-knit group of long-distance drivers. Teaching them to watch out for changing driving conditions, and letting them know they can call if they run into any problems, are just some of the lessons.