Library Contains Nearly 100 Documents Totaling More Than 3,200 Pages, Many Made Public for the First Time 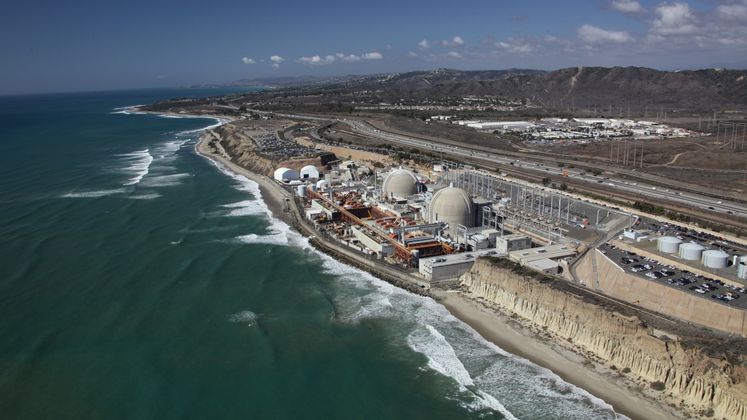 A coastal view of SCE's San Onofre Nuclear Generating Station. On June 7, the company announced the retirement of the nuclear plant.

“The San Onofre Digital Document Library will help the public, elected officials and regulators better understand the history of the replacement steam generators that led to San Onofre’s closure,” said Ron Litzinger, president of SCE. “It is vitally important that we all achieve a full understanding of the facts so that future decisions by regulators and legislators are based on transparency and the highest quality information.”

The closure of the San Onofre nuclear plant earlier this year was the result of the failure of the plant’s replacement steam generators, which were designed and manufactured by Mitsubishi Heavy Industries (MHI). SCE previously announced that it had commenced the process of pursuing legal action against MHI to recover compensation for damages caused by the failure of MHI’s steam generators.

The San Onofre Digital Document Library contains a wide variety of documents, many made public for the first time. In total, the library contains nearly 100 documents, comprising more than 3,200 pages. The library supplements the numerous documents related to the replacement steam generators that SCE had previously made publicly available at SONGScommunity.com.

An Edison International (NYSE:EIX) company, Southern California Edison is one of the nation’s largest electric utilities, serving a population of nearly 14 million via 4.9 million customer accounts in a 50,000-square-mile service area within Central, Coastal and Southern California.