The donated hours from her colleagues allowed Maureen Crabbe to care for her wounded son for over a year. 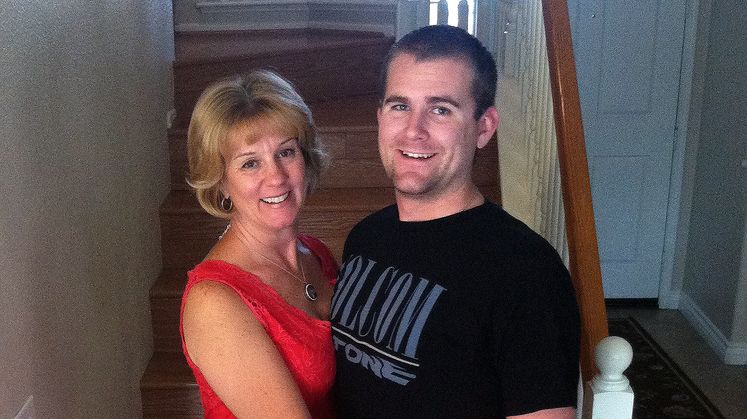 Thanks to her co-workers donating more than a year of their vacation hours, Maureen Crabbe was able to help her son Justin recover from his war injuries suffered while serving in Afghanistan. 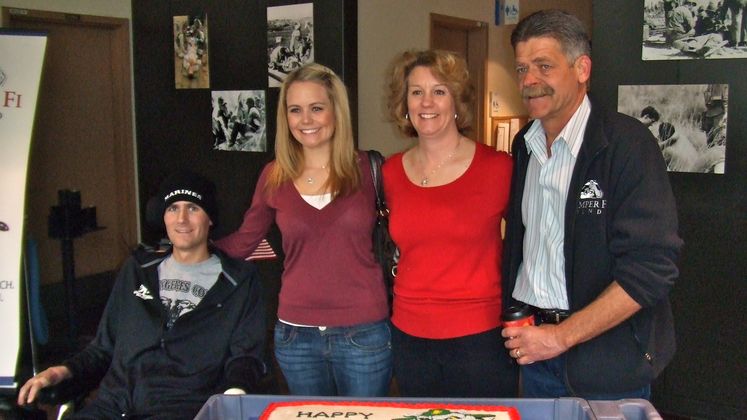 The Crabbe family - including Maureen (in red), her daughter Jenn and husband Cliff - gather to honor their son and brother Justin. 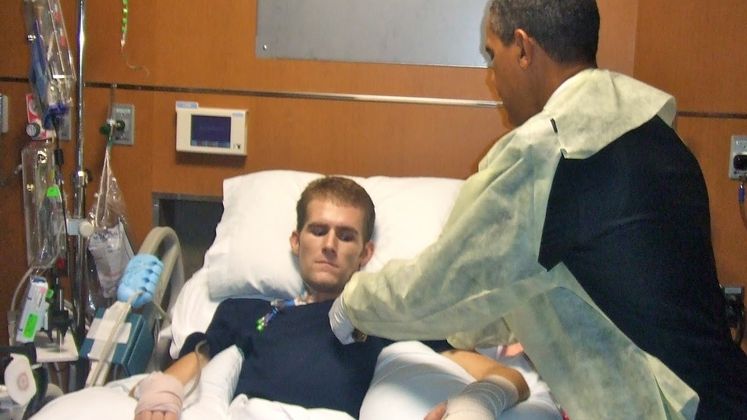 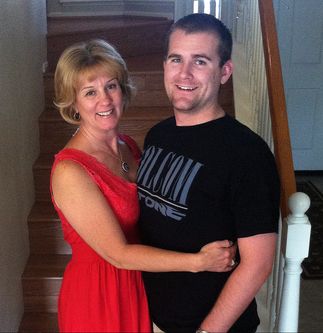 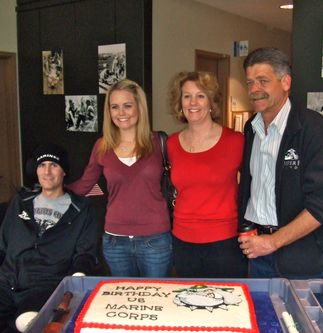 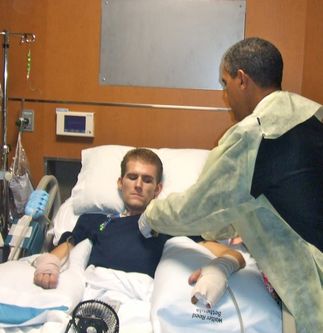 According to the late Emily Post, doyenne of proper etiquette and manners, acts of kindness should always be acknowledged by the recipient, if possible.

And that’s exactly what Maureen Crabbe tried to do when 351 Southern California Edison (SCE) and Edison International employees donated 3,741 vacation hours — almost 94 weeks — so she could care for her son who had been severely wounded while serving in Afghanistan in 2011.

“Thank you seems so minimal,” said Maureen Crabbe, manager of Contact Center Regulatory Compliance at SCE’s Rancho Cucamonga office. “I want people who donated time to know absolutely from the bottom of my heart that their generosity allowed me to be with [my son] and help him through his injuries; just how much it meant to me.

“If I could hug every single person I would,” she added. “It absolutely warms my heart, the generosity shown by so many people. I feel truly blessed and I try to pay it forward every day. It’s the single, greatest thing that’s happened to me.”

The kindness and support of her colleagues allowed Maureen to take more than a year off from her job in 2011 and 2012 to be with her son, Justin, in Bethesda, Md., while he recovered from his critical injuries.

Her nightmare began in August 2011 when her son, on patrol with his Marine platoon, stepped on an improvised explosive device, in which he lost both of his legs, his right thumb, multiple fingers and clung to life for 19 days. Maureen, her husband, Cliff, and their daughter, Jenn, rushed to Walter Reed Medical Center to be by his side.

After four months, Cliff had to return to work in Southern California after having exhausted 26 weeks off under the Family Medical Leave Act. Maureen was able to stay behind to support Justin through his grueling rehabilitation.

“My husband couldn’t believe the difference between SCE and his company. It was like night and day,” she said. “He was so grateful for what SCE did.”

When Maureen returned to work this past January, her hopes of thanking her colleagues personally were dashed when she learned that under SCE policy, identities are confidential and cannot be shared.

“I want them to know why they haven’t heard from me,” she said. “People would come up to me and say, ‘I donated vacation time to you,’ and I feel awful because I don’t know who they are. I had no way of knowing. How can I say thank you?”

Unbeknownst to Maureen, her manager Staci Godinho, who works in the Contact Centers Business Process & Compliance department, got executives to approve her request to ask employees to make donations to help their colleague.

Using email, flyers and social media to spread the word throughout the company, the response was immediate.

“It just kind of happened,” said Godinho. “The outpouring of support was quite overwhelming.”

Maureen returned to her home in Rancho Cucamonga with Justin in November 2012 — 15 months after his horrific accident. Once home, she gave herself a month “to get her life back together.” She returned to her job on Jan. 2.

Maureen shudders at the thought of what might have happened without the kindness of so many fellow employees.

“If I hadn’t received the donated vacation time, I would have gone bankrupt,” she said.  “I would have lost my job, my livelihood. I would have had to sell my house. I don’t even want to think about it. For me to be able to keep my job and get paid, we’re blessed. Who knows where we would be? I wouldn’t be here for my son.”

Now, Maureen believes she’s turned an important corner and is looking towards the future.

Justin, who was awarded a Purple Heart personally from President Obama, is thriving. He tools around town in a fully-loaded, specially-modified truck, and he has gotten the green light from Homes for Our Troops, which will build a house for him once land is found in Rancho Cucamonga.

“He lives his life to the fullest,” said Maureen proudly. “Justin bowls, hunts, skydives and goes snowboarding. He has an extremely positive attitude, very happy-go-lucky. His favorite quote is, ‘It is what it is. We can’t change it. We’re going forward.’”

To learn more about organizations that support injured and disabled U.S. servicemen and women, visit Homes for Our Troops, Semper Fi Fund, and Fisher House Foundation.